Myanmar(Burmese) Names or Our Custom

About seven years ago, while I was spending a few days in Philadelphia and enjoying great hospitality of Professor Leonard Swindler, the distinguished Professor of Catholic Thought & Interreligious Dialogue at Temple University, I attended one of discussions with his graduate students. Once his students learned of my Burmese origin, the remainder of the discussion turned to Burmese culture, tradition, and finally names.

“Do you mean to say,” asked one of the scholars, “that you have no last name according to your father?” On my replying in the negative all the scholars, except the venerable professor, looked at me in astonishment, and in a question which I shall not easily forget, they asked “No last name??? How do you trace the root of your ancestors?” The question stunned me at that time. I could give no perfect answer, for the traditional custom I was so used to, without thinking too much about my family roots after my grandmother passed away when I was still a little boy.

A few years later, after witnessing different cultural practices around the world, I realized that the Burmese custom of naming is fairly unique. It symbolizes the combination of the particular virtue for a person and astrological calculation of the day of the week that the person was born based on Burmese lunar calendar year.

I was born at home on Saturday, at 10 in the morning. A few days later, acquainted astrologer of my mother from the village, made Zar Tar and inscribed my name, Tun Ba Kaung, on it. At least that is how I know the time I was born, according to my Zar Tar record. When I am educated enough able to understand the information written in Zar Tar, it becomes my precious treasure as possession of traditional value that belongs to me from my infancy.

Zar Tar is a stack of palm leaves smeared with residual oil and folded into a handy packet. It is an old-fashioned birth certificate, declare the name of newly born baby, usually prepare by monks and astrologers, by going through complex calculation of the location of stars, sun, and the date and time of the birth of new baby.

Zar Tar
The choices of name are of tremendously importance to the people of Myanmar. The name may represent the virtue of longevity, wealthiness, healthiness, the great love of dedication to admire one, the dream and hope of parents upon their child, the sign of magnificent and significant events, and so on. Some may even have great length of story behind their names.

The same practice, to certain extent, of giving name to the people applies the way of giving name to the places, nothing associate with Zar Tar preparation, but rather built monument, tombstone, or a symbol instead, historical information passed down generation to generation. We are only able to study the origin of a few surviving historical renowned-names, while the rest of the names of places remain mystery, and furthermore some are even twisted from the original meaning over the period of time.

Naturally, parents want to do everything the best for their child, begin with great care of choosing an appropriate name, putting their grand hope in the name of baby and in the faith upon their child becoming a decent person in the future. It is the faith that the meaning and syllable of given name have an effect upon the wheel of fortune to the owner of the name.

Sometimes people of surrounding could give some nick names to a person aside from given name. Generally, nick names are cadenced, rhythmic, sometime offensive to a person, a pet name might even be given by friends, but the phenomenon of calling a friend or to someone else by nick name is not a strange custom in Myanmar society.

There are 33 alphabets in Myanmar language. From astrological stand point of view, certain set of alphabets can be categorized into seven days of the week.

And each day of the week can be represented with Myanmar zodiac sign.
Monday born- Tiger 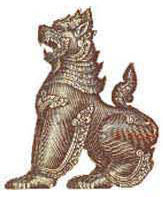 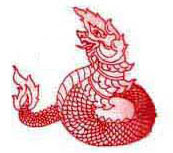 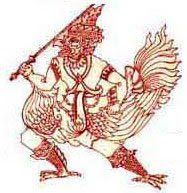 A few words from Myanmar names

Expression of respect is also a matter of utmost importance to address the name of Myanmar people. One can be addressed with an appropriate honorific salutation before the given name depends on the level of age, degree of relationship, and gender. It will be considered impolite way of calling someone’s name in a direct manner of speaking.

To address younger ones and peers before their names,
“Ko” is used as a masculine form.
“Ma” is used as a feminine and formal form.

“Maung” is used as a masculine formal form.

It is likely one can be addressed formally with “U” or “Daw” before the given name after the age of 30.

But family terms are not limited to be used only for the family members. In Myanmar custom, calling to a stranger with an appropriate term of “brother”, “sister”, “uncle”,”aunty”,”grandfather”,”grandmother” is a common practice.

Myanmar women are, unlike other cultures in Western, traditionally granted a privilege, taking a pride of freedom in which they don’t have to change their names when they get married. It never happens into the consciousness of Myanmar people, as a matter of fact, that it is a necessary custom to follow.